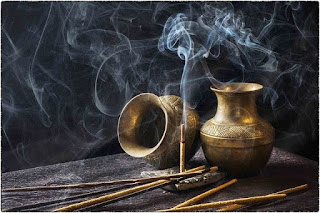 What Are the Benefits of Burning Sage?

#Burning #sage is known to have antibacterial effects per the scientific community.  It's like spraying natural Lysol, and sage is used to clear germs from the air and was used to help fight the bubonic plague in Europe. However the essence or life (chemical properties) of the plant is released during the burning.  This scares some people, especially Christians who have in the past mistakenly opened portals to negative spiritual forces/energies/essences with destructive results.

What Does the Bible Say About Burning Incense?

Is the Bible meant to answer these types of questions?  Many would say yes since the book was so detailed about food, clothing, relationships, washing, etc.  Yahweh (and all authors of the Bible inspired by Him) are known to pay attention to minute details to include every etching He wanted on the Ark of the Covenant; specific times and seasons in which feasts, fasts and festivals should take place; requirements for priests, nazarites, and followers; numbers of tribes, sons or apostles; etc.

Yahweh seemed to have quite the affinity for incense, so much so that He devoted the first 10 verses of Exodus 30 to the design of the altar for the incense.  This does not even include the incense recipe, which He details in Exodus 30:34-38.  God was so particular about the incense that he said anyone who made any similar to His personal recipe would be cut off from the people. All of this evidence points to the fact that Yahweh is intentional and cares about every detail of matters pertaining to temple incense.

Which Came First, the Chicken or the Egg?  When it comes to Christianity, many say Catholics took from pagan practices in an effort to unify the Roman Empire for Constantine.  Burning of candles and incense; planning of feast and festival dates; even designing priestly fashions were supposedly borrowed from non Christian cultures, however, if the practices are as old as the Bible proports them to be, namely over 3,400 years, it is highly likely that pagans, farmers and commoners borrowed from Abrahamic priestly practices versus the other way around.

It is also logical that human spiritual practices would mimic and align with natural Earth cycles resulting in similar spiritual practices taking place simultaneously, worldwide.  These worldwide adherences are called by different names according to languages spoken in specific regions.

What Does the Bible Say About Herbs?

Since herbs were designed for man's service - Psalms 104:14 (not just their diets); and we know that plants are used to build houses, make roofs, eat, use as medicines, use as poultices/bandages, help us breathe by releasing carbon dioxide, use as germicides, use as pesticides, etc. it makes no sense to ban the burning of sage for practical purposes.

Science proves plants are more than just a service to man; humans die without plants.

MOST medicines come from plants as aspirin from the willow bark or some chemotherapies from an extract in the bark of the rare Pacific yew tree.  Even medicines that come from fermented soil, as some do, likely have some algae or microscopic plant to thank for their medicinal benefits. Manmade chemicals often mimic natural plant chemistry so in this latter case, plants or herbs act as the blueprint for scientists.

Meateaters ketoists are not exempt as their favorite animal meats depend on plants for food.

Conversely you could ask, "does sage invite spirits in?"  Most of you would not deny that nonincarnate entities and essence do exist.  Nobody can deny that life exists within plants. It is logical that some types of plants would repel certain negative spirits, specifically when they are known to fight disease and kill insects.

Demons or spirits are chemical substances, which is why they like to join with and work on other chemical substances (living beings and not dead ones).  Even humans can easily be reduced down to 83 -88 chemicals, mostly oxygen, carbon, hydrogen, nitrogen and phosphorus with other minerals and metals. Unfortunately, science has not caught up with spirituality and cannot identify the make up of all aspects of human consciousness.  Hollywood keeps spiritual eccentrism at bay by making psychics, witches and herbal doctors, etc. look insane.

Some sensitive people can even smell demons that enter a space.  Science has a long way to go to fully identify exactly what humanity and deity are, and we are still grappling with the idea that our original Ancestor lives on another land not on Earth, so what does that make Him/Her?  Yes, an extraterrestrial.

I can attest to the fact that sage provides an air cleaning effect in the home.  Even with this truth, I would not recommend taking sage sticks out on the battlefields of Armageddon.  Use discernment and if you have a serious demonic infestation, call a priest or minister.

What Does Nature Teach Us About the Nature of Spirit?

Butterflies teach us that after caterpillars shed their hard cocoons, they become something else; insects that not only look different from caterpillars, but that are made of a different substance.  Apparently human bodies are like a cocoon and we as spiritual beings have a capacity to shed our cocoons and continue to exist, possibly even using the cocoon (our body) as ingredients for our new body.  Perhaps this is why Yahweh said certain foods should be avoided and considered unclean.

You could argue that Jesus said it is not what goes into a man that makes him unclean.  But if what he eats makes him sick, thereby making him angry with God, it would make him unclean, indirectly.

You must begin to incorporate crystals and herbs because God commanded their use for a reason.  Sin comes in when you worship these items, give them more status or power than God (their Creator via natural means), use them to amplify negativity, don't use them according to God's desire or use them to harm or poison other people.   I believe certain plants and crystals are on a 'righteous' vibration, however, human intent is everything.

Is Burning Incense the Same as Smudging?  Can You Use Incense to Smudge?

Smudging, in a spiritual sense, occurs when matter is burned for the purpose of releasing its essence in order to get a job done, like cleaning a space of negative spiritual energy.

Incense burning is done primarily for aromatic effects or to make a space smell pleasant without any spiritual intention.

In the Bible, burning of herbs and resins were used for both purposes, both in God's heavenly kingdom and on earth.

The Bible says in Rev 8:4 that angels offered incense so the smoke could go up with the prayers of the saints.  This is why many churches burn incense today and believe the incense, especially frankincense and myrrh, carry their prayers up to God.

God commanded a certain incense recipe that He preferred be used only for Him, and His recipe happens to smell good to most humans, however the incense served and still does serve a purpose besides smelling good -- similar to smudging -- the smoke is suppose to do something of a spiritual nature, to include invoking the presence of God.

Demonstrative prayers are more powerful than using words alone because of the 'faith without works' law AND because it is what our Great Ancestor seems to like.  Yahweh looks on the heart, which is the key thing that determines the cleanliness of a man or woman and their works with incense and sage.

This is a difficult topic in light of evangelical biblical teachings and human assumptions about witchcraft, specifically because so many practitioners, root workers, witches, iffy church folk and other people in the land use these practices for questionable purposes or to serve their own gods.  For this reason some churches default to calling anything having to do with incense or other smudging practices, a sin.  This nips it in the bud for the average lay persons and makes teaching easy.  It's a safe way out of the topic, but it does a disservice to a lot of people.  It is time for Christians to mature and take back what the enemy has stolen from us. Take advantage of the benefits the earth angel Sageiel provides!

As an Amazon Associate I earn from qualifying purchases. 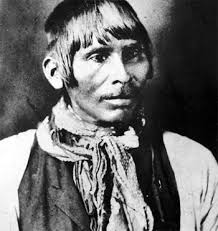 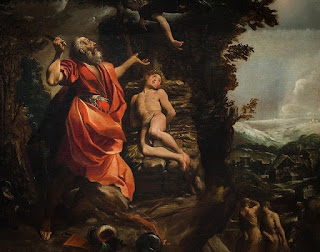 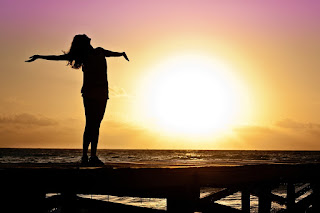